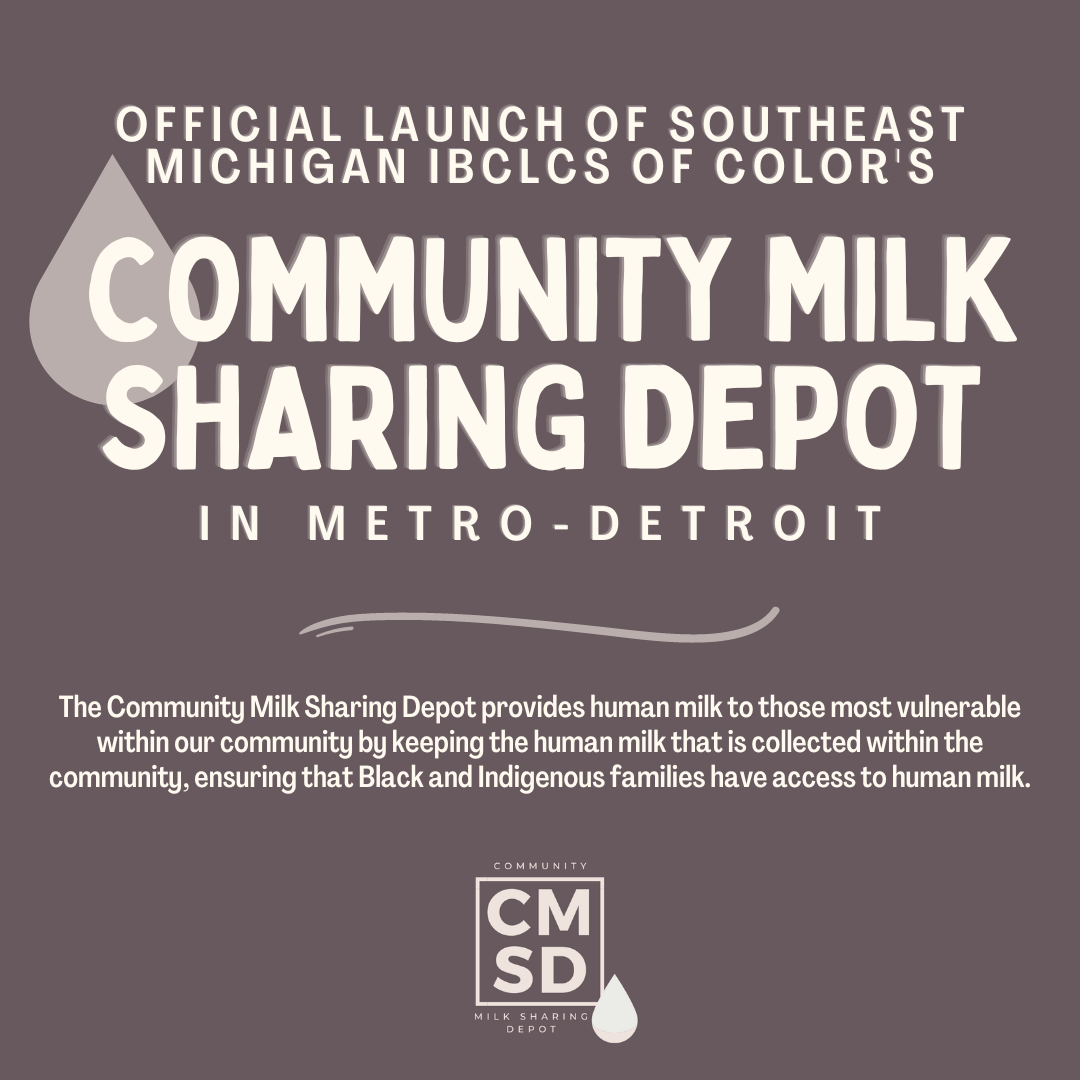 The Community Milk Sharing Depot is another resource that centers the needs of marginalized communities that are often underserved when trying to access human milk from Human Milk Banks.

Specifically in Michigan, there is one Milk Bank (Bronson Mother's Milk Bank) on the west side of the state. Human milk through the Milk Bank is often prioritized to hospital neonatal intensive care units (NICU) around the state, while the need remains great for families, specifically Black and Indigenous families that are otherwise ineligible to qualify. Access for families that do qualify in most circumstances is usually only until an infant is 35 weeks gestation. Human milk can be purchased from milk banks per ounce but is oftentimes inaccessible for Black and Indigenous families, due to the barrier of high cost (with a range of $8-$30/oz). Trauma, stress, maternal mental health related challenges, producing enough milk at the birthing parents’ own body, among other issues often makes it incredibly difficult, while caring for their fragile infant, to produce sufficient milk quantity thus the need for access to supplemental human milk. Additionally, it is traditional practice for Black and Indigenous families to share their milk with other families, though due to colonial re-framing, sharing human milk in community has shifted to the term informal-milk sharing.

Community Milk Sharing is a reclamation of what has always been a normal and traditional practice, most especially in crisis and emergency situations. In Michigan, there currently are a handful of Milk Depots where human milk can be dropped off at a site and then transported to the Bronson Mothers Milk Bank. This Community Milk Sharing Depot is led by Black Lactation Professionals, with adherence to both traditional practice, and policies and procedures to ensure safety and community-centeredness. The Community Milk Sharing Depot will keep the human milk that is collected within the community, ensuring that Black and Indigenous families have access to human milk due to low supply, medical need for supplementation, insufficient glandular tissue, or medical conditions between parent or child.

When: as needed
How to access: email semichioc@gmail.com
Cost to participate: FREE
Participants: Open to all pregnant/lactating persons who live in Southeast Michigan